The Evolution of the Christmas Tree 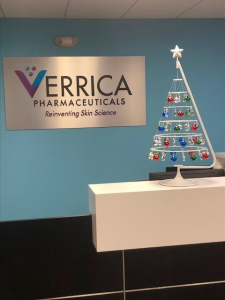 The Evolution of the Christmas Tree

Throughout history and long before Christianity, plants that remained green during winter had a special meaning to people.  It was Germany though that was credited with the beginning of the Christmas tree in the 16th century.  It was during this period that Christians brought decorated trees into their home.

A German immigrant first displayed a Christmas tree in America, in Pennsylvania in the 1830’s. This was the birth of the American Christmas Tree experience as we know it today.

The Dawn of the Artificial Christmas Tree or Fake Tree.

Germany is also credited with the development of the first artificial Christmas tree in the 19th Century.  The tree was developed over growing concerns of Germany’s deforestation problem.

The artificial tree began to boom in popularity in America in the 1970’s as uncertain economic times caused many Americans to invest in a single tree rather than purchase a real tree year after year.

Other motivating forces included the fire safety concerns associated with dying trees and convenience.  Most apartments and condos associations have banned real trees for this reason. Environmental responsibility also continues to be a driving force for deciding on an artificial Christmas Tree versus cutting down a tree.

Other then the Aluminum tree which enjoyed some popularity in the late 1950’s through the mid-1960’s there has been little evolution to artificial Christmas tree options. Although these traditional artificial Christmas tree options are popular and arguably more convenient than real trees, they still present some significant challenges and inconveniences.

The problem with artificial Christmas is that they are big, heavy and require significant storage space. They are not even an option for most condos and appointments where storage space is limited.  There is also a significant inconvenience and safety concern associated with dragging that tree from the basement and returning after the holidays to that significant space it requires in the basement. The other problem is how quickly they can deteriorate over the years due to the wear and tear of putting it up, taking it down and storing it.

The Evolution Continues with the Birth of the Modern Christmas Tree.

So what is the Modern Christmas Tree and why is it better?